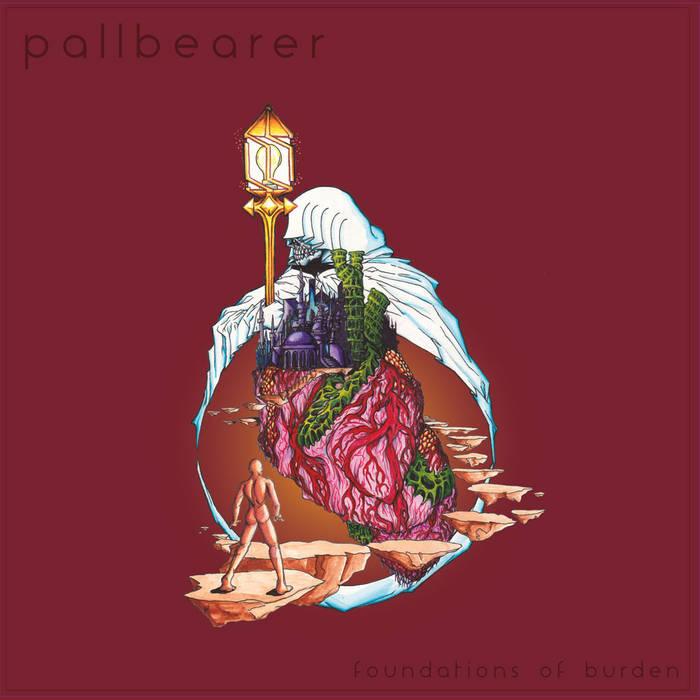 abnormal_listening_habits Little Rocks Pallbearer have truly build the Foundations of Burden and it's structure is glorious. One of my favorite bands currently.
No digital copy with my vinyl, fixed now. Favorite track: Watcher In The Dark.

In the short timespan that they’ve been a band, Little Rock Arkansas’ PALLBEARER have literally defined and set a new standard in the realm of modern-day doom metal. Their 3-song “The Legend” demo which was first released already had made a huge impression in itself amongst the doom metal scene. Said demo would just be a harbinger for what would become the band’s debut full-length LP, 2012’s “Sorrow and Extinction” which made a massive impact not only in the doom metal scene but the entire metal scene in itself along with crossing over even within more mainstream territory. In turn “Sorrow and Extinction” was one of the most praised metal albums of 2012, landing on pretty much every metal best-of year end list and being praised by such notable outlets as Pitchfork, Decibel, SPIN, Rolling Stone, Stereogum, and Entertainment Weekly, just to name a few. The band would do some great tour runs likewise in support of “Sorrow and Exctinction” touring with the likes of St. Vitus, Boris, and Enslaved, and along with playing such notable festivals as Roadburn, Hellfest, MDF, Scion Rockfest, Fun Fun Fun Fest, and Hopscotch Fest respectively.

Now, with their new album “Foundations Of Burden”, PALLBEARER are prepared to take it to the next level unparalleled by creating an album much more advanced, moving, and sonically glorious than their debut. If “Sorrow and Extinction” created massive waves in the metal scene, “Foundations Of Burden” will create the stuff of legends. Captured by legendary producer Billy Anderson (Agalloch, Sleep, Neurosis, The Melvins etc.) at Type Foundry studios in Portland Oregon, “Foundations Of Burden” sees PALLBEARER expand their sound even further and going beyond into an emotionally driven sonic landscape more epic, vast, and ultimately more glorious and triumphant.

Recorded and mixed by Billy Anderson at Type Foundry Studios in Portland, Oregon.

Bandcamp Daily  your guide to the world of Bandcamp